phonelovesyoutoo: database displays one month of my phone activity as seen through the device’s two cameras. The videos in this work were recorded using the same capture software and data from phonelovesyoutoo: matrix. In a 24-hour period, the all recorded clips are displayed at the time of day they were originally recorded, providing a glimpse of the relationship between human, device, time, and physical space. The frame of the video contains 31 cells arranged like a calendar; one column for each day of the week and one row for each week in the month. Each cell contains a diptych of front and back camera videos from the corresponding days. The clips play during the time of day they were recorded. When a clip finishes playing, its brightness fades and the last frame remains, frozen. The video restarts at 6am every day, starting from a black frame and illuminating when the first clip of the day appears. Certain times of day reveal a flurry of activity—such as getting ready to go to work in the morning—while other times are silent, revealing that the user’s attention is elsewhere. The work makes visible what is at stake as more cameras and sensing methods are added to personal devices in service of new interface design paradigms.

Where phonelovesyoutoo: matrix felt overwhelming in its scale and volume of activity, this work has a lot of quiet moments where nothing is happening at all. There are times in the 24-hour cycle where no clips are playing; instead, each frame is faded and frozen in time. The frozen frames are left behind to give a sense of presence of other clips even when they are not playing. Instead, a sense of anxiety comes from wondering when the next clip will pop up. 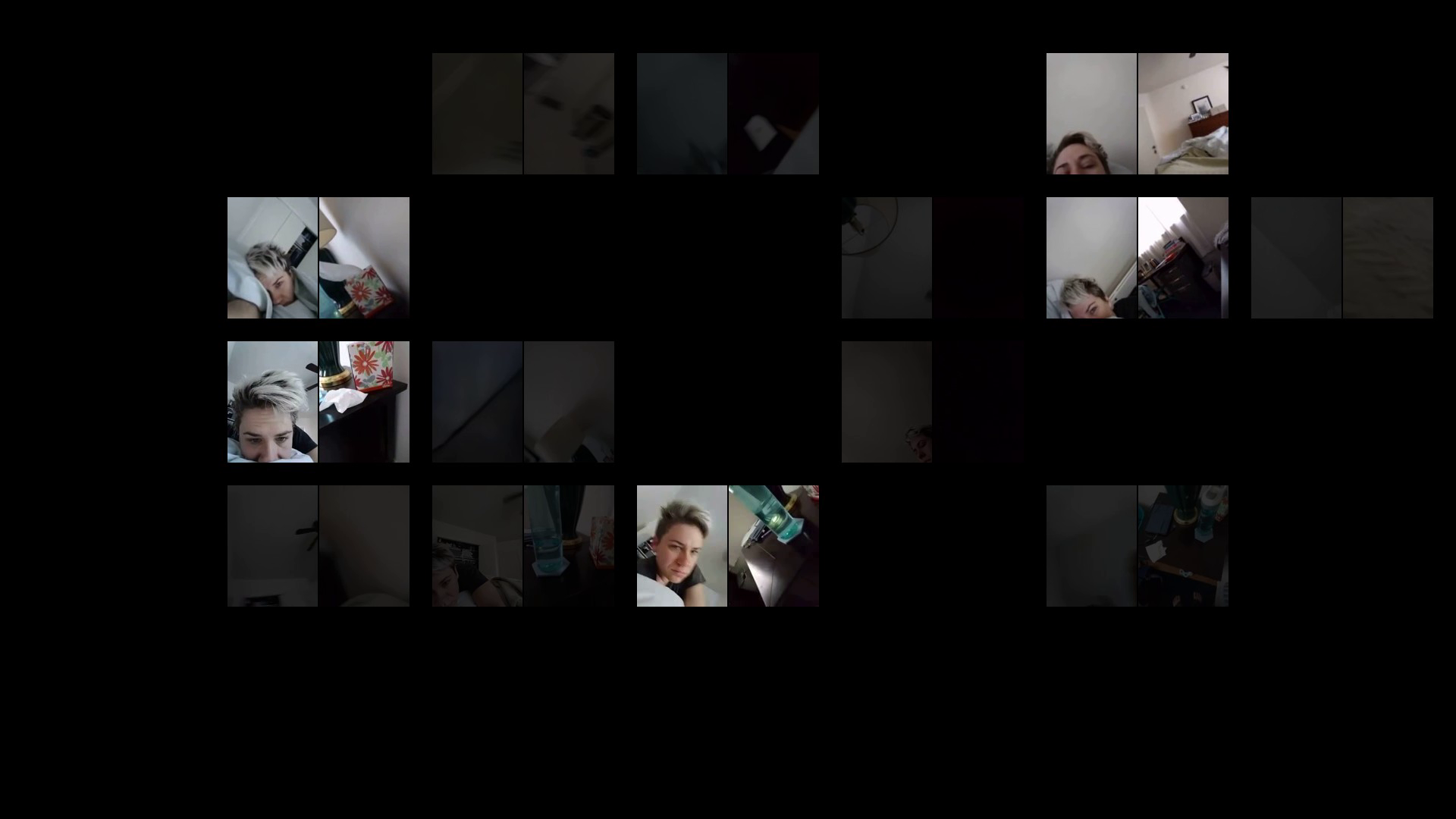 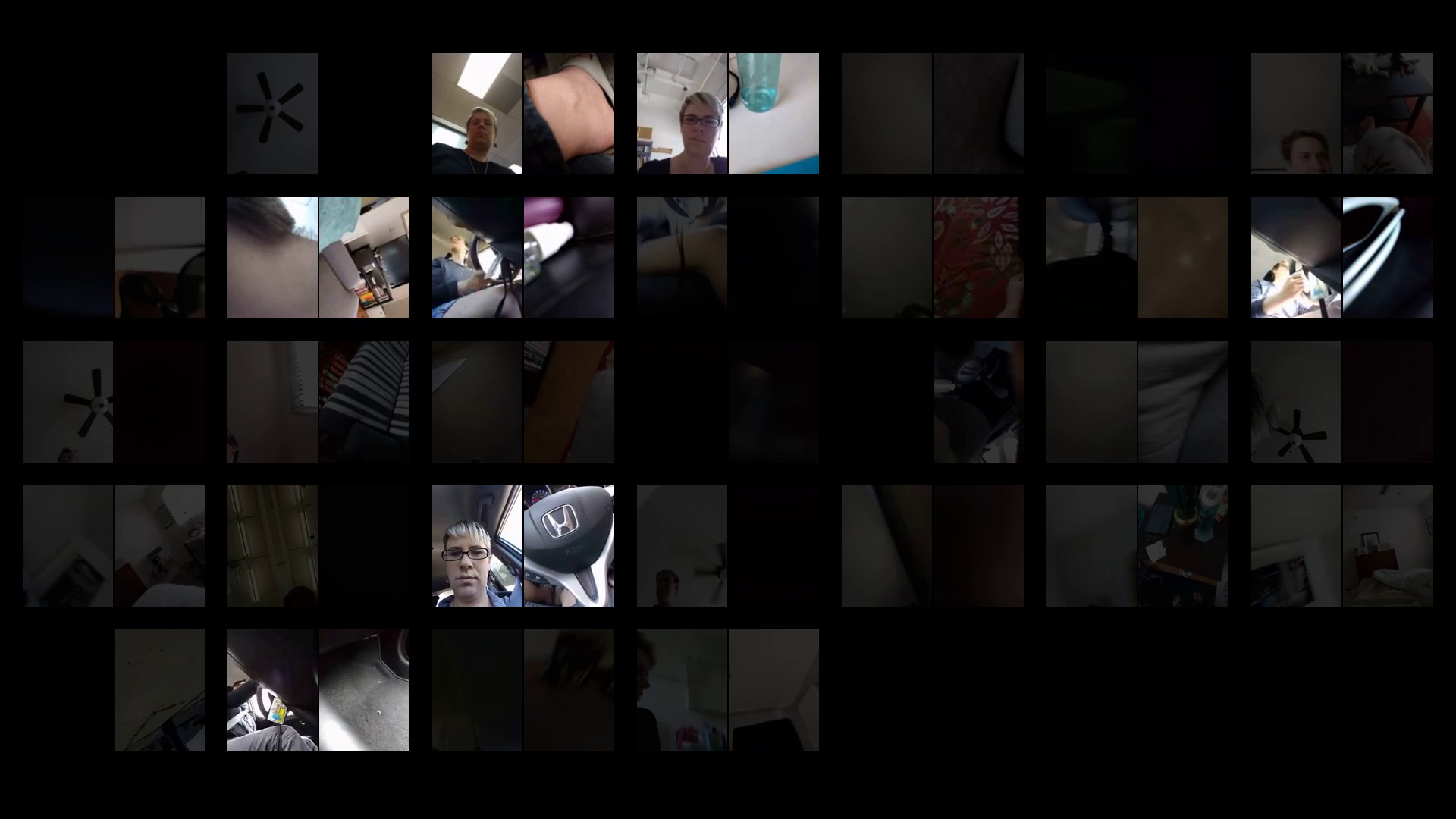 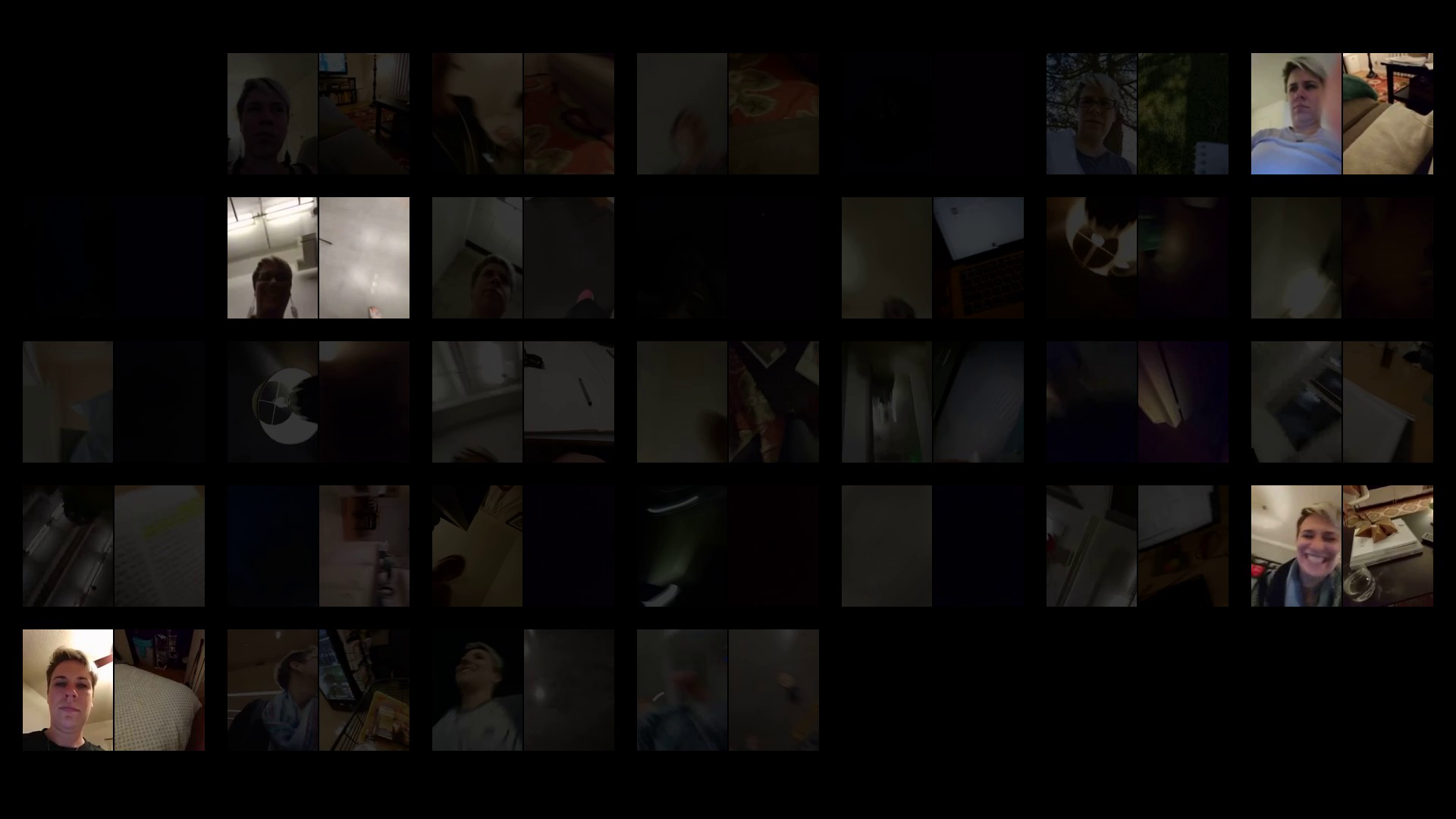